How to Create and Send Animated GIF for WhatsApp on Android, Windows and Linux

WhatsApp has been constantly working on adding new features to its famed messaging platform and one of the recent update is the addition of GIF support in messages. This feature provides you the ability to convert a video of six seconds into an animated GIF image and send it to your friends and family. While other messaging applications like snapchat, iMessage and Google’s Allo have already having these features for a long time, WhatsApp is slow in introducing this most popular feature. But it has taken the WhatsApp users by storm and you can see a lot of animated GIF’s shared in your groups a lot than videos are being shared. So let’s take a look at how to create your own animated GIF and send it your favorite groups.

The thing is that one can send animated GIF’s already if you have one downloaded, but this new feature helps in creating a new GIF through WhatsApp itself. It lets you to record a video up to a maximum of six seconds or less and then convert it into an animated GIF file and send it to your friends. You can even convert videos that you already have in your gallery.

How to create a New Animated GIF for WhatsApp on Android

Step:1 If you want to send a newly created animated GIF, then record a video of no more than six seconds using your inbuilt camera in your mobile phone 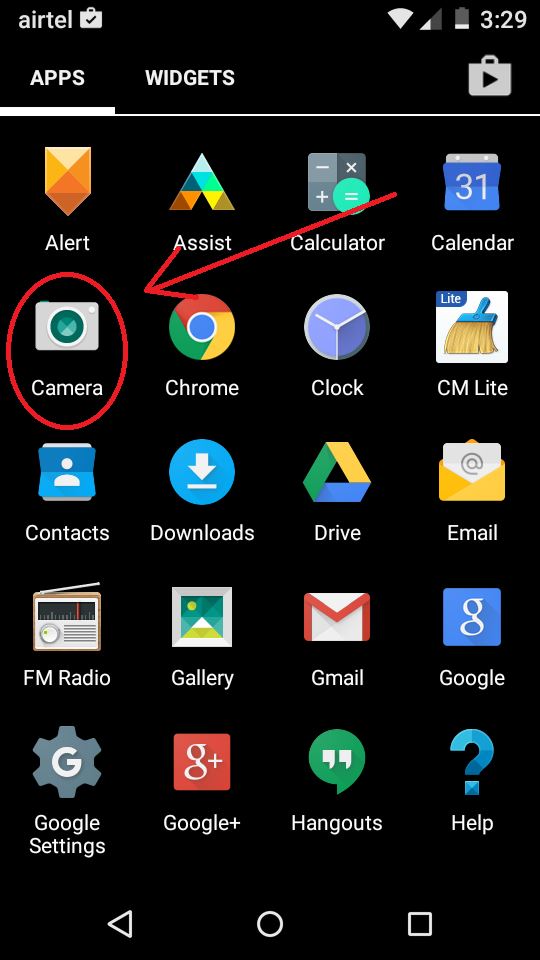 Step:2 Now from your WhatsApp chat screen, tap the attachment icon and select the video you want to convert as a GIF file 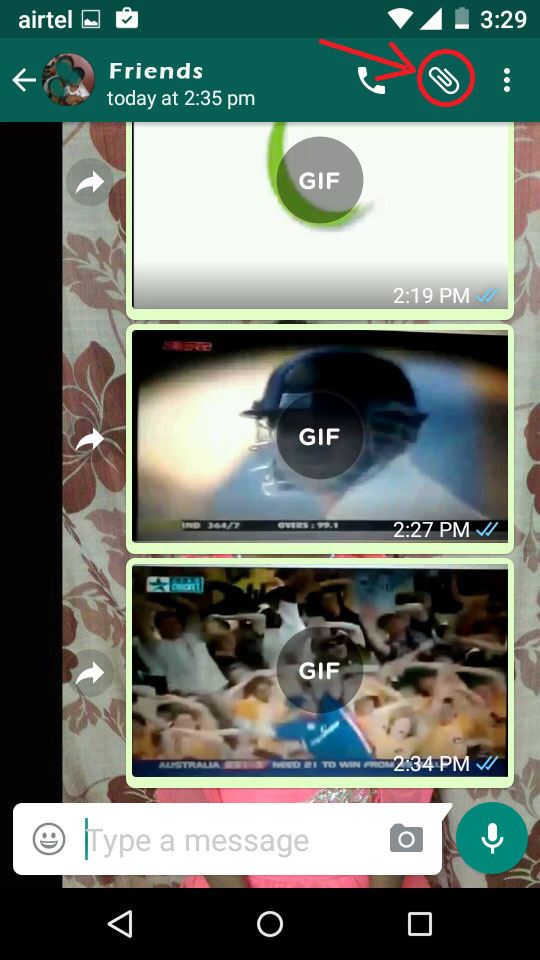 Step:3  Once you select the video, you can see a camcorder screen on the top right corner of your screen, clicking on that icon will show GIF icon, and it will automatically convert your video into an animated GIF 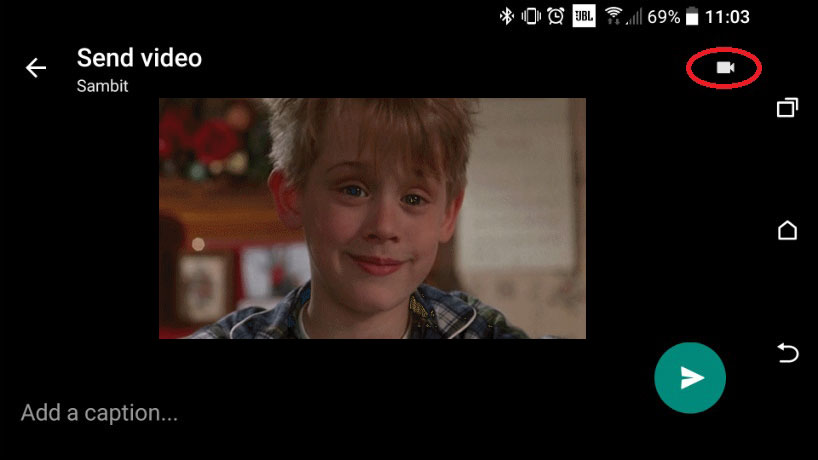 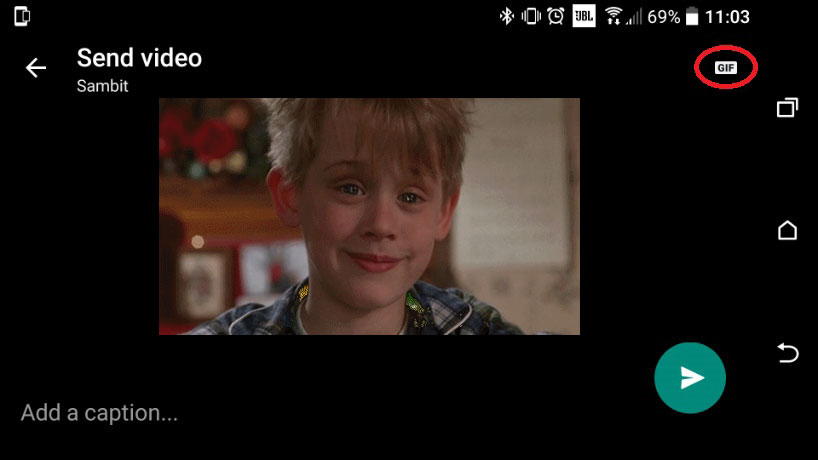 Step:4 Click the send arrow icon to send the animated GIF to your friends.

If you wish to convert an existing video into an animated GIF and send it to your group, then please follow the following steps:

Step:1 Open your chat screen on WhatsApp and click the attachment icon on top 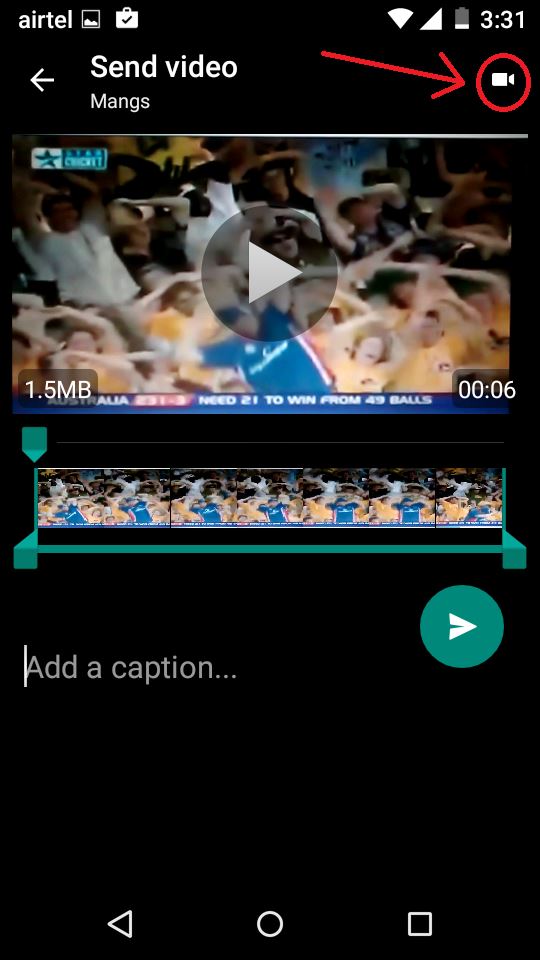 Step:3 Now click the camcorder icon to show the GIF icon and the video will automatically converted to GIF file.

Step:4 Click the arrow icon to send the GIF file to your friends and favorite groups

LICEcap is a very simple GIF recorder or animated GIF creator that gets the job done easily without any issues. It is equipped with only controls that needed to create a GIF and doesn’t boast of any other extra bit of functionalities. Those looking for a quick and easy way of creating a GIF can go for LICEcap.

GifCam is sort of an advanced version of LICEcap, where people looking for some advanced features. Click Rec to start recording and click stop to finish and save your animated GIF file in your computer. 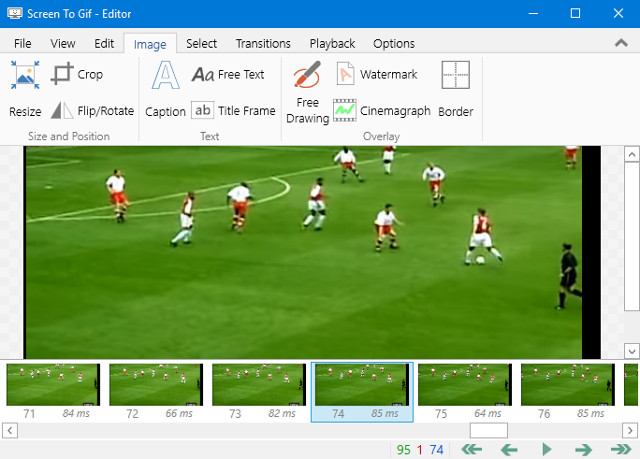 The ScreenToGif is one of the popular Gif creating tools for Windows with its awesome features. It has mainly four features namely Recorder for recording videos, Webcam to use webcam as your source for videos, Board to draw freely on a board and use that as your source and Editor, which is one of the special features which give you complete control over your animated GIF.

Step:1 Make Sure ImageMagick is installed

Step:2 Next take some screenshots to appear in a series or in the desired sequence and name them accordingly like seq001.png, seq002.png, seq003.png etc.

Step:3 Now make sure all the image files are of the same size. You can also use the resize command to resize all images at once like:

Step:4 Now make sure you are in the directory of the image and use the following command to create the animated GIF file easily

That’s all, Hope You got an idea how to Create and Send Animated GIF for WhatsApp on Android, Windows and Linux Desktop.

Please don’t hesitate to share your feedback and comments